Thank F… orks it’s Friday. It’s been another hectic week both in RL and SL and I’ve been waiting for the weekend to roll around. It started with one of my favourite weekly’s too! Fifty Linden Friday. That day I can justify shopping even when I’ve overspent on other things because these deals are always crazy cheap!

This week Elikatira is offering Noire – a choppy banged, poker straight style that really does look great on everyone. I watched at least half a dozen being demo’d and it didn’t fail once. It comes in a pack of exclusive colours. I chose one of the two almost black tones.

Glam Affair is back with a 50L skin. This time the highly freckled Pippi and it’s so pretty I didn’t feel the need for makeup.

Finally, and not typical for me, I fell in love with a dress that isn’t completely black. This one is the offering from C’est la vie and is offered in two tones. I chose the pink which is a very boho, vintage tone. The other is green which was one step too close to colourful for me.

The location of this image is a fantastical new (to me) sim called Rustic Retreat.  I found all sorts of things there. But I won’t spoil them. Free up a couple of hours and go and explore for yourself! 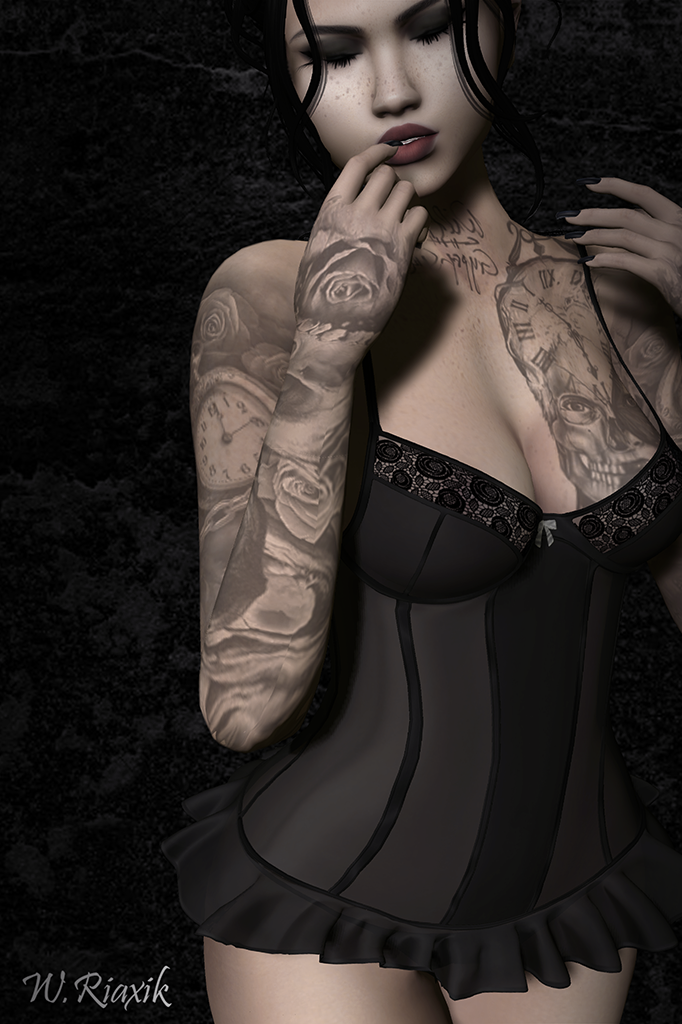 Black is the New Black.

Black Fair 2017 is in full swing, and being a lover of all things dark side it was definitely on my ‘to do’ list this month. Unfortunately so was a lot of other things and I ended up getting to the party a little late. Oh Well…

It didn’t stop me snatching up some new ink and a ton of new clothing and lingerie, all in my favourite shadowy tone.

Haven’t been yet? There’s no excuse really. Black suits everyone.

TELEPORT TO THE FAIR NOW 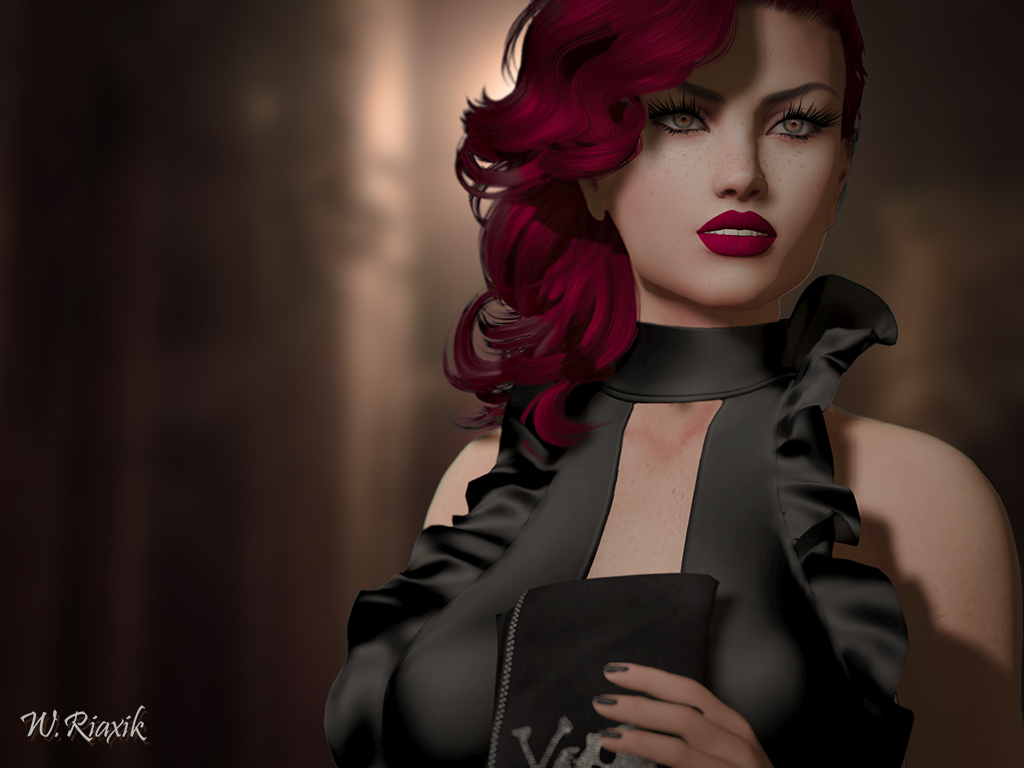 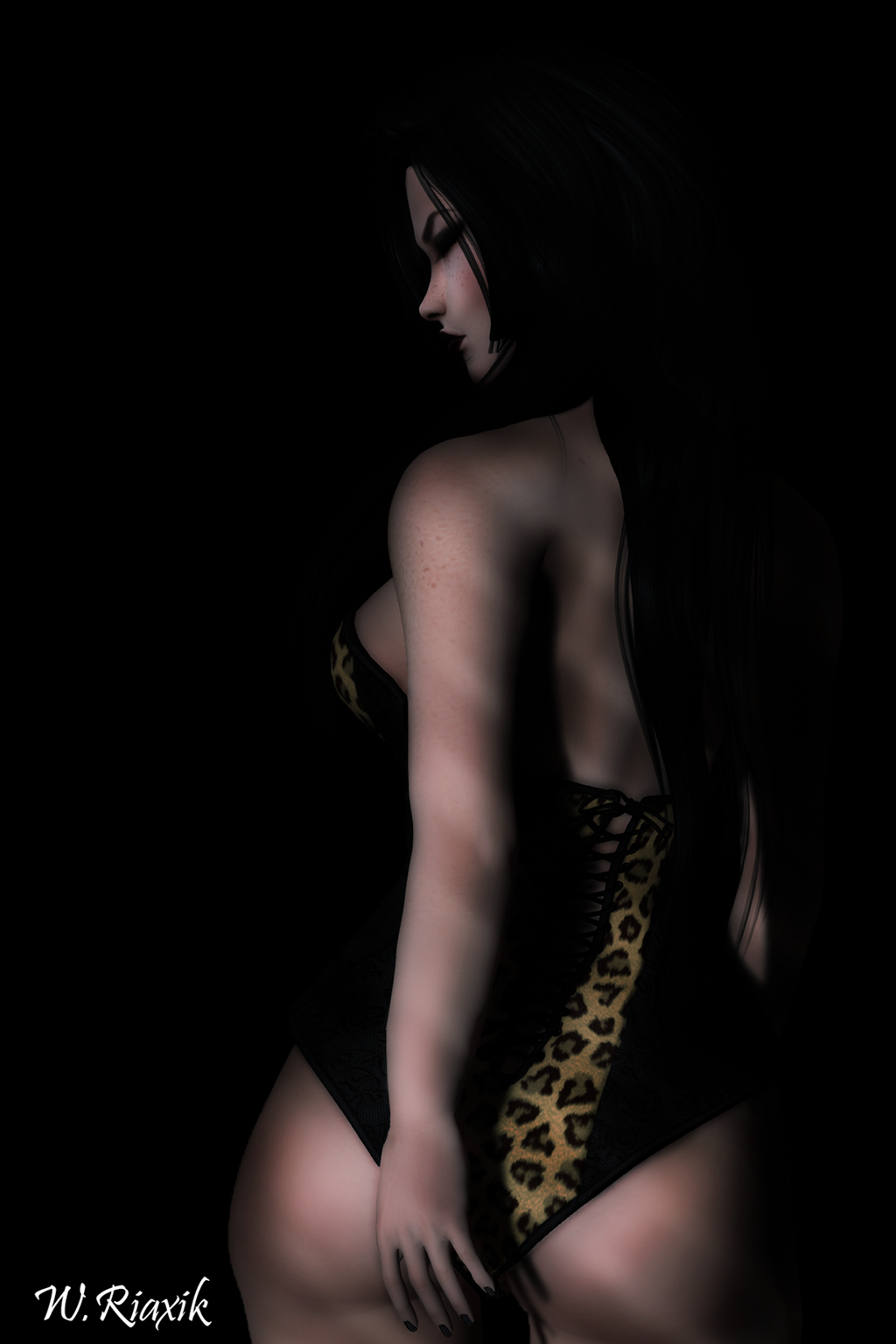 Just a little something I spent my evening playing with.

Hair – DeLa (Past Uber round)

I’ve been playing on my 1st life alter ego. It’s not a terrible world out there and I’ve enjoyed exploring this past few months. I’ve spent some time ticking off some massive bucket list wishes and I’ve also made some huge life changes. This has also meant that I ended up too exhausted in the downtime to do the things that I wanted to do. Like blog.

I did not suddenly gain extra time. But I did get used to the workload and now I’m finding a few hours a week for the fun stuff. So expect … very occasional… posts from me.

I don’t know where it will go from here, but I know it’s going to be one hell of a journey. 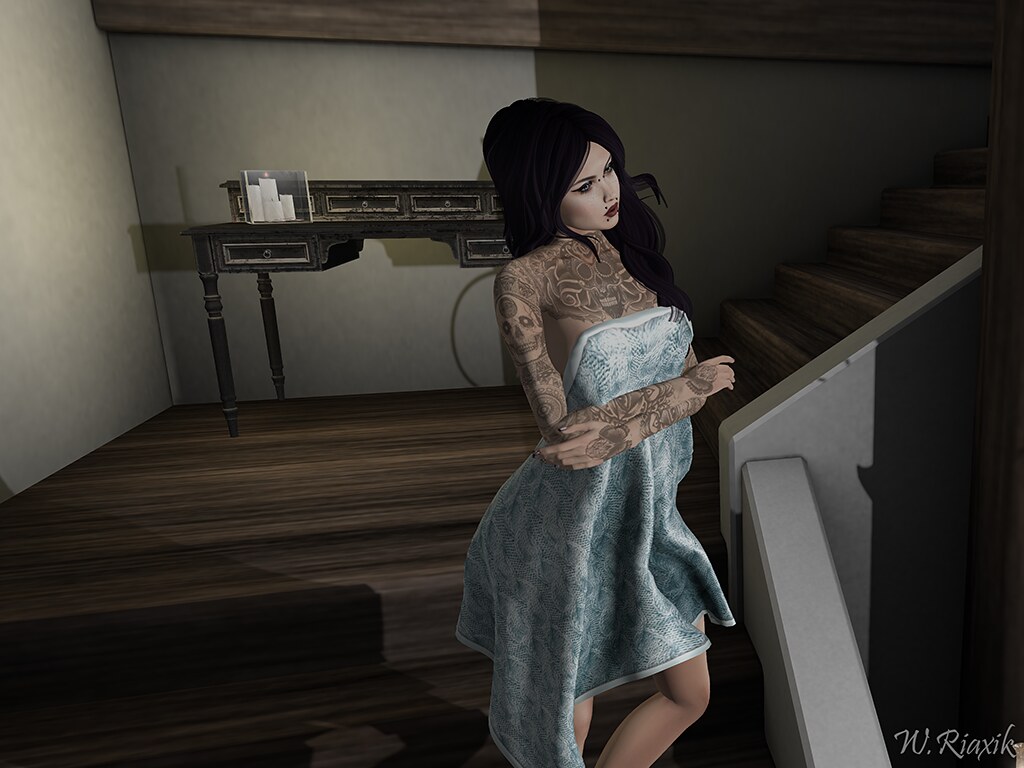 Mesh body addicts was the first event I found when I came back to SL  a few months ago. It was where I got my favourite mesh head and probably the one where I spent the most that I have ever spent.

This round features this sexy blanket from The Annex. It’s open at the back and drapes sexily. I love it and have been wondering around my parcel all morning wearing it. Whatever will the neighbours think?

The event runs until December 10th if you want to go and grab yours. Take your wallet, that event is filled with goodies.

Some items may have been received for review/blogging purposes. Thank you to the stores involved. This does not affect my opinions in any way. This blog is not sponsored.

Some items may have been received for review/blogging purposes. Thank you to the stores involved. This does not affect my opinions in any way. This blog is not sponsored.

This Blog is NOT SPONSORED

I am not paid to blog nor do I blog for any store/event who attempts to sway how I present items or my opinions of them. All reviews/opinions are unbiased and solely my own regardless of any affiliations.

I don't change my body/base too often. I also don't see the point in repeating these every post. Therefore, unless otherwise stated...

It's a thing
Blog at WordPress.com.